Over the past few years, I have been reading intensely from the works of  the biologist turned philosopher Humberto Maturana. Insights drawn from his work have made their way into my own in the form of presentations, blog posts, and countless tweets. Having worked through many different facets of his expansive work, I am now concerned with his approach to language. In particular, I am interested in how his approach to language can be used to better understand storytelling as a means of sense-making (Snowden, 2008). I should clarify that by "storytelling," I am not referring to books, tales, or narratives. Instead, I am using storytelling to connote all the things we say about the world around us. As I imagine storytelling, the focus is on generally shorter declarative and descriptive statements.

Much more can be said about Maturana's language than will be offered here. If the reader is unacquainted with Maturana and his work. it is sufficient to understand language as the process through which we create the world around us. This conceptualization of language stems from Maturana's own biological experiments that revealed the nervous system as closed. This is to say that the world does not flow unabated into our brains. Rather, the world only sends signals (or perturbations, to use Maturana's language) that the brain and body process through their own capacities and capabilities. One of my favorite examples of this comes from the work of Capra and Luisi (2014):

“If you kick a stone, it will react to the kick according to a linear chain of cause and effects…If you kick a dog, the dog will respond with structural changes according to its own nature... the resulting behavior is generally unpredictable" (p.136).

When the dog is kicked, it responds on the basis of this structure (its entire history embodied in all of its parts and the way they are linked together through the brain forming sensorimotor connections) as it exists at the moment it is kicked  (Maturana & Varela, 1987; Thompson, 2007). Different responses can be imagined from dogs with different structures. It is important to note that it is not just the history that matters but how that history is unfolding in the present context as well - is the dog angry or sad? Playing or defensive?

Based on the finding of the nervous system as closed, Maturana(2011) writes that there is no way for the "external world to communicate itself in its primordial, true form to the nervous system" (Maturana & Poerksen, p.61). So, our nervous system has more of a generative role than a strictly receptive one as previously thought. Stemming from this, language, then, is a process through which the world around us is "brought forth" and created. The following quotes offer key insight into the implications of this conceptualization of language:

“Language does not describe a pre-existing world, but creates the world about which it speaks" (Winograd & Flores, 1986, p. 174)

The last quote strikes to the heart of Maturana's language. Due to the closure of the nervous system, we cannot talk about "what there is," rather "what there is" becomes so through our speaking. In other words, we cannot speak objectively about the world because we do not have access to it in some"primordial, true form." Nor are we free to construct it how we please, rather it is how we speak about the world we encounter that constructs it "as it is." The words of Edgar Morin (2002) clarify this position:

"I am a co-constructivist, which means I think we construct our perception of the world, but with the help of the world itself, which, as it were, lends us a hand" (Morin, p. 334).

While Maturana may not use Morin's exact phrasing, the above quote helps to situate Maturana's approach to language between the extremes of complete objectivity and subjectivity.

To my knowledge Maturana never discusses stories. He does, however, talk about how language works in a fundamental way that can be applied to the discussion of stories. For Maturana, all language begins with an operation of distinction. Operations of distinction begin with a drawing of a boundary in a landscape of chaos or nothingness (Maturana 1995; Maturana, 2011). While I am not sure I agree with the characterization of the pre-distinction background as chaos or nothingness, it is the drawing of the boundary that is important. The second step in Maturana's operation of distinction is the cleaving of the newly bounded "thing" (that does not have to be present at the time) from the background. As it is cleaved from the background, the bounded "thing" (e.g., person, place, object, etc.) is endowed with properties, significance, history, context, and an environment in which it exists. Once the operation of distinction is complete, we have a distinguished "thing" that we can talk about that is perceived as an entity that exists independently from us (Maturana, 2011; Maturana & Poerksen, 2011; Maturana & Verden-Zöller, 2008; Maturana, 1995). I have tried to visualize this operation below in four different parts, expanding upon the two Maturana generally uses.

Throughout his work, Maturana reminds readers that although that which is distinguished is perceived as existing independently from us, this is not the case:

Of course, I am not part of the object I am describing; I am not part of the glass here on the table when I am pointing at it. However, the distinction of the glass has to do with me; I am the one who uses the distinction. Or the other way round; If nobody makes this distinction then the material or conceptual entity that is specified and demarcated from an environment in this way does not exist (Maturana & Poerksen, 2011, pp. 30-31).

It is self-evident that in any situation of interest we need to make decisions about what to include and what to leave out. Clearly, a situation must have a beginning and an endpoint, and there must be some form of boundary around the system. If we do not do this then the alternative is that we will have to take the whole planet into account, which of course we cannot do (p.5)

The above concludes with the important point that without boundaries we would need to "take the whole planet into account, which of course we cannot do." From this perspective, distinctions enable us to tell stories through their use of boundaries. Without setting a boundary through an operation of distinction we would find ourselves in a situation where we might not be able to say anything at all. In the words of Paul Cilliers (2002):

"We cannot consider life, the universe, and everything in its totality
all the time. We need limits in order to say something (p.81)"

The quote from Stowell and Welch (2015) adds another interesting layer to operations of distinction: Inclusion criteria. When drawing a boundary during an operation of distinction decisions are made about what to include and what to leave out. At the same time decisions are also made about what properties the bounded thing is endowed with and what relational context it is placed within. Although it may not be realized at the time, distinctions are drawn through our own agency.

From all this is follows that when we tell stories we find ourselves in a situation where we are continuously and (generally) unreflectively setting boundaries that "cut up" the universe - a sprawling network of nonlinear interrelationships and interdependencies. Not only are we cutting it up, but we then bring forth whatever part we have isolated in our own way. In doing so, we are continuously creating a world through storytelling that we are at the center of (Yáñez & Maturana, 2013).

Maturana, H. (1995). The nature of time. Chilean  School of Biology of Cognition.

Snowden, D. (2008). What is Sense-making? Retrieved  from http://cognitive-edge.com/blog/what-is-sense-making/ 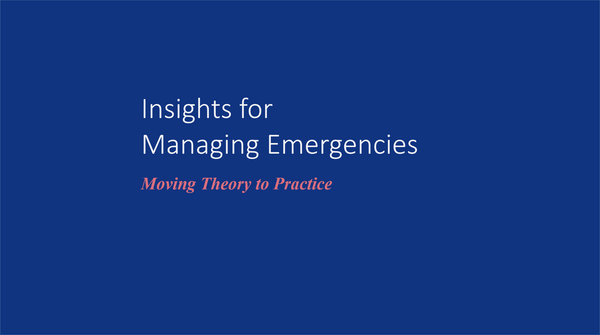 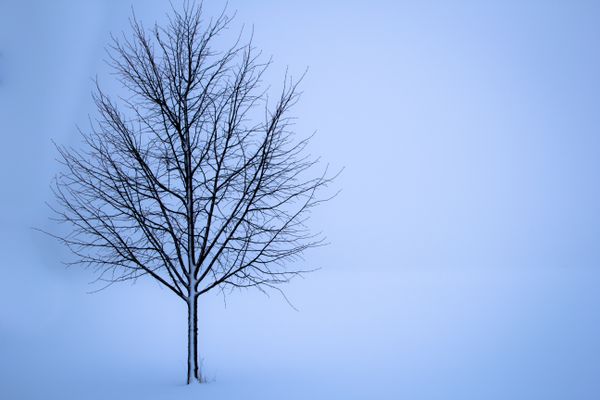 While there is certainly still value in presenting theory that has the primary goal of getting an audience to think differently, there are at the same time pressing issues that theory should be mobilized towards. Both points are valid.